The Kindle version of my short story and poetry collection, Horizons, is currently available for free for the next day or so (until December 27th). Be sure to check it out over on Amazon. There is also a paperback  giveaway ongoing over at Goodreads (see sidebar at right) until December 31st..


Also, as of tonight, I just crossed the halfway point on the rough draft of my next book, which will be my first non-fiction offering. At this point the work has no official title, but it is shaping up to be a nine chapter book which will explore the multitude of connections between Scripture and the weather. I'll be posting lots of interesting bits of information over the next few weeks on this topic, and things look to be on track for an early springtime release.
Posted by MGalloway at 10:40 PM No comments: 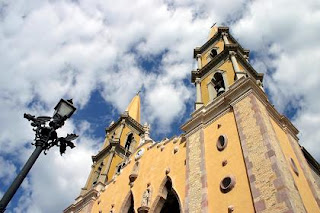 Today's post is part of the CW blog chain and the topic is "Gifts of the Heart". Please be sure to visit the posts by other writers (see sidebar at right).

Years ago, I used to just sit down with a notebook and just write. I did not look at what the books were on the bestsellers list or take a poll of my family and friends to see which topic would be the most popular with them.

Then, about a decade ago, I began to wonder what it would be like to incorporate more overtly Christian themes into story. I wanted to add these elements because they were organic to the story and not because it was the latest trend or because I wanted to see how much sermon material I could pack into a novel.

So I started looking around at various forums and reading some distinctly Christian novels. I also "reverse engineered" some novels (both Christian and secular) and read a lot of blogs. Over and over on forums and in articles I kept seeing a familar theme: don't write preachy fiction or worse, don't write agenda-driven fiction.

I thought to myself, "What's preachy fiction?"

In the meantime, I kept reading my Bible and saw God move in some dramatic ways.

Then I started seeing awkward but well-meaning conversations of how to stay true to Christianity but not write preachy fiction. Often times this was accompanied by comments about the current state of the CBA, the CBA's rules, how agents just don't understand, how readers are just misguided, or that current Christian fiction was not edgy enough and needed more gore, violence, or whatever. Then there were comments about how to work Christian "themes" into a story without any type of reference to a Bible, Jesus, or God in any recognizable way.

Throughout all these conversations I kept thinking, "Who are these people truly writing for? Are they writing for themselves or for an ever-shifting market?"

The reality is, in a profession filled with rejection, writing Christian fiction will probably garner you even more persecution, even if your writing is top-notch. Will this cut into sales? Who knows. Yet the Bible talks about being persecuted for being a Christian, whether you are a farmer, a trucker, a writer, a lawyer, or a football player. After all, numerous prophets in the Old Testament were persecuted for their message (and God even told some of them this would happen ahead of time) and Jesus makes it clear persecution will happen.

If you have a Christian character in your story and your book is read by an atheist, does that make the book preachy?

If a character cites a Scripture verse and makes a stand based on their faith, does that make the book preachy?

If you create characters with authentic traits that also have a Christian worldview (complete with real-world struggles) yet the reader cannot relate to them because they never attended church does that make a book preachy?

Let me put it another way. A while back I watched the movie Tron Legacy in 3-D. Great special effects aside, I noticed the story seemed to have a Zen/Buddhist feel to it. I then read reviews about the movie and did not see any comments anywhere about it being "preachy".

Likewise, I'm sure someone could write a book or make a movie with characters that have completely relativistic worldviews that continually contradict one another. Would that make it preachy? Would anyone even notice?

What if someone makes a movie which is filled with non-stop gore, has heads being severed and blood pours forth in every other scene for the sake of being edgy and "realistic"? Would anyone call that movie preachy?

What about books like Animal Farm, 1984, Fahrenheit 451, and others of that nature? Aren't there inherent messages in these books? Although they really don't deal with Christian themes they are generally not considered "preachy". What if you want to write a book similar to these and it contains a Christian character or two?

Nowadays it seems if a writer feels led to write a story which contains Christian themes, characters, or gasp...a message...then it runs the risk of being categorized as "preachy" or "agenda-driven". After all, readers read solely to escape and don't want to think. Right?

Or so lots of articles tell us.

Whatever happened to working on your craft, putting out the best stories that you can, and writing from the heart? Either your writing ability is a gift or it isn't. Is it better to put that gift to use or bury it in your backyard?
Posted by MGalloway at 10:57 AM 18 comments: 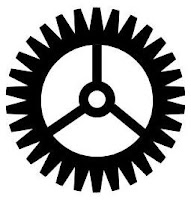 This week's post brings a few interesting bits from around the 'net...

First up, here is an interesting use of the Kickstarter funding site: steampunk themed playing cards. If the artist ever decided to mass produce these, I could see them selling really well at a game store. The color version is very well done.

Continuing on with the steam theme, here's an article about the world's small steam engine.

Here's an ominous article about giant methane "fountains" that they recently found in the Arctic. One could only imagine what would happen to our atmosphere if they fully released their contents all at once.

And lastly, I noticed this animation video the other day. It's too bad Animusic hasn't released any new screenshots or given any updates on their Animusic 3 DVD yet...but in the meantime it looks like other people are beginning to take the basic idea and run with it.

Have a good weekend!
Posted by MGalloway at 12:20 PM No comments:

I'm going to reduce my posting time here during the month of December. There are lots of reasons for this, but the main one is the busyness of the holidays and the fact that I'm making significant headway on the next book simply by not blogging. I often do not have the greatest amount of free time to write and so I have to be judicious in my approach some days. I did some re-evalutating a few days ago, and when push came to shove, I realized the time I was spending here, although important and useful, is taking away from my writing books.

My short term goal is to have a rough draft of the next book (my first non-fiction offering) done by Christmas. That's kind of a crazy pace, but as of tonight, it is fully outlined and ready to be written. In case you haven't noticed, the subject of this book is going to be weather and the Bible. Before the month is over, I'll list the basic contents of the book, which, as of today, is still untitled.

Also...until December 14th, 2011, each paperback title of mine at Lulu.com can be ordered with a 25% discount. During checkout, use the the following coupon code: BUYMYBOOK305 for up to a maximum of $50 in savings. The books can be found here.

By the way, if anyone wants to offer up a guest post, I'm all for it. Just leave a comment or contact me via e-mail.
Posted by MGalloway at 10:02 PM No comments: