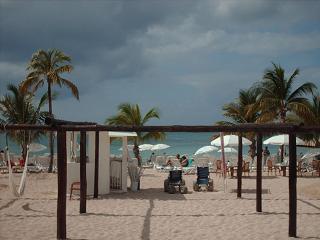 This post is part of the CW.com blog chain. Please see the list of other writers' post on the right hand sidebar to read some other great entries.

This past week we went on a trip. This vacation was part car trip, part cruise, but all parts involved traveling to new parts of the country, and even to a country we've never visited before (Mexico).

In many ways, each portion of the trip involved small "leaps" of faith. Would the hotels we picked be clean, decent, and not located in bad neighborhoods? Would our car hold up on the long trip (1,900 miles each way) and more importantly, would it survive the mountain driving? Would we make it to the cruise ship in time, and would our car still be there in the parking garage once we returned? When word came that we could get caught in a snowstorm in the mountains, would we make it out of the area in time?

As it turns out, the trip went great. Every step of the way, however, we prayed. We prayed for little things (driving, safe travel in a foreign country) and big things (decent weather). Those prayers were answered, and we dodged an Appalachian snowstorm by day. Although we did end up in a rundown hotel in a bad neighborhood for a few hours (due to exhaustion from driving cross-country), the stay was uneventful in the end. Years ago, I would have never thought to pray about so many little things, but at the end of the week all those little things added up in a big way. We even tried some new foods: lamb, grouper, alligator fritters, and even calamari stir-fry.

As the old axiom goes, "look before you leap". Sometimes, however, looking is not enough. It's one thing to look at a travel brochure, or read about reviews of a hotel on a website. It's another to arrive there and find yourself in a dodgy part of town talking to a clerk who is sitting behind a window made of bulletproof glass.

In short, it's okay to look before you leap, but I'm finding it better to pray before you leap, no matter how small the leap may seem. Or, as Paul puts it in Phillipians 4:6-7 (NKJV): "Be anxious for nothing, but in everything by prayer and supplication, with thanksgiving, let your requests be made known to God; and the peace of God, which surpasses all understanding, will guard your hearts and minds through Christ Jesus."
Posted by MGalloway at 10:58 AM 18 comments:

The Lost Art of DXing 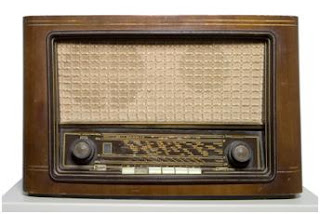 When I was a kid, I got caught up in the hobby of DXing, or the art of listening for distant radio staions via AM, FM, or shortwave. This hobby also extended to television (VHF/UHF) to some extent, but with the advent of digital television channels, I don't know how viable that is anymore.

DXing involves going up and down the radio dial, in search of stations that are not in your metropolitan area (for those in rural areas it would involve receiving stations from pretty much anywhere). With FM frequencies, whose waves typically travel via line-of-sight, the best reception seemed to occur during daylight hours. Unfortunately, despite using multiple different radios, I was never able to pick up anything other than the surrounding states, and usually only stations that were close to our state border.

With television, the results were similar, except on certain strange days when the weather seemed a bit out of whack. For example, only a handful of times in recent memory the remnants of a hurricane reached this far inland. When it did happen, however, several typically "empty" channels on the tv would suddenly light up with stations all around the region. Sometimes the picture quality would be on par with the local stations.

One astonishing day, however, my father and I picked up a weak television signal on channel 3. Although the call sign lettering was difficult to read at the top of each hour, we deciphered the station as being "KENW" from a town called Kortales. After some further research, we discovered "Kortales" was actually "Portales", as in New Mexico.

The signal was coming in from over 1,000 miles away!

The two more reliable DXing bands were usually AM and shortwave, however. I won't go into much detail on shortwave, but suffice to say I was able to pick up South Africa, Germany, Ecuador, Japan, China, Bulgaria, and a wide range of other countries, including American stations. All from a tube-drive Halicrafters radio set in my father's basement.

For AM frequencies, distant stations would typically peak in the winter months, and there would be a surge in reception from about sunset until just after midnight. In fact, I even went so far as to graph the results and found that the amount of stations I could pick up surged from about twenty to well over 120 one night alone. Again, the stations would come in from all over the states, including New York, Chicago, Charlotte, San Antonio, Des Moines, Cincinnati, Denver, and more. With AM signals, there is a tendency for the signals to bounce on the ionosphere, which is sometimes referred to as "skip", thus increasing the distance the signal can travel dramatically.

On rare nights, however, especially when the local powerhouse AM station was off the air for maintenance, a station would come in from Los Angeles. On ever rarer nights, a station from Honolulu, Hawaii, came in...albeit weakly.

With the age of internet and the rise of cable television (or satellite), though, I wonder how many people still listen for distant stations. It used to be amazing to hear from distant cities and in some cases hear music that was never played locally. On AM radio, you can still pick up countless stations, whose reception still peaks at night and in winter, and depending on your location, you can still pick up stations from faraway places such as Mexico. It's a bit of an arcane hobby, but one that still exists today.

By the way, this weekend the Kindle version of Theft at the Speed of Light will be free for a couple days on Amazon.com. See here for details. Have a good weekend!
Posted by MGalloway at 12:44 PM 1 comment: