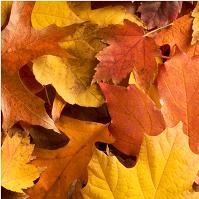 This past year we decided to build a better garden. It was pretty successful since it gave us dozens of tomatoes, a couple dozen cucumbers, some green peppers, and a variety of other vegetables. We also decided to try something different with the fall and winter seasons by throwing all the dead leaves from the yard into the garden. Who knows how this will turn out in the spring, but I've read in multiple places that decaying, organic material is good for a garden. I already experimented earlier with putting coffee grounds around the tomato plants. The results were decent and I just may throw some more in the compost pile as the winter wears on.

Ideas, too, can sometimes be like a compost pile.

Over the past several months I had been reading a great deal of fiction, watching some old science fiction serials on DVD, and recently watched a few monster movies from the 50's, 60's and 70's. Some of the movies did not age particularly well, but the ideas were good. I've also spent the past four or five years reading tons of storm chaser logs (online), reading some storm books, and watching every storm documentary I could get my hands on at the local library.

Now, however, I think it's time for a vacation. Time to put aside the movies, books, and articles and not do a whole lot of anything.

Ideas sometimes need time to percolate, and sometimes I've learned (usually the hard way) that when writing, if the ideas start to run out, it's time to stop pressing and trying so hard. It's time to back up, take a break, and pick things up in a few weeks. I have plans this year to publish three books: one non-fiction, one collection of short stories, and one novel. The non-fiction book has been written and needs editing, and I've been writing several short stories over the past few weeks. The novel is also in the planning stages.

So if I need a vacation, why did I agree, along with many others, to a challenge that involves 60,000 words in 29 days? Especially since I'll be out on vacation for some of those days? That's a pace of over 2,000 words a day, and maybe more in my case. I agreed because I wanted to create a big pile of compost.

Sometimes it is fun to just write stories with no preconceived plan, no outlines, no character histories or anything like that. I plan on writing as many short stories as I can over the next few weeks so that when I switch back to the non-fiction project, all those short stories can sit in the "compost pile". Then, a few weeks or months later I'll dig them up and begin to work with them. At this point, some amazing things can happen. Story lines that seemed incomplete suddenly get filled in. Plots that seemed aimless suddenly have life. Characters that lacked depth come alive. And on and on.

Like the compost pile in the garden, though, it just takes time. And patience. And a whole lot of ideas.
Posted by MGalloway at 4:54 PM No comments: 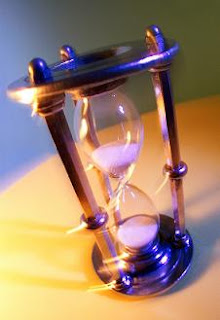 This post is part of the CW blog chain (see sidebar at right). This month's topic is "quest". Please be sure to visit the other writers' posts and leave comments if possible. This is also part IV of a series I started in 2011. Parts I, II, and III can be found here, here, and here.

Everyone it seems at times looks for ways to turn back the clock in their lives. In a sense, they are on a quest for more time. Yet we can never build our own personal time machine to go back and change a conversation, to extend our goodbyes to a friend or a relative we'll never see again, to take back words that did too much damage in their time, or to fix our parenting mistakes. Fixing such issues would probably create a host of paradoxes anyway, and who knows, if you fixed the original situation, a new problem might crop up in its place.

Why aren't more people happy with their age or with the time they have been given? Why do some people turn to the bottle, or pills, or surgery as a way of keeping the past alive?

Our lives seemed to be filled with quests. Quests for more time, money, a better life, more friends, etc. Yet the time one seems to be the most puzzling one considering that in some respects, it's the one element we have the least control over. Once it is gone, you can't get it back, and unlike the sands in an hourglass, you can't just flip things over and start again.


"He has made everything beautiful in its time. He has also set eternity in the hearts of men; yet they cannot fathom what God has done from beginning to end."

The first half of chapter three of Ecclesiastes deals with time, and yet there is this curious line about "setting eternity in our hearts". It's as if God has put a quest or in our hearts to seek out the immortal, the timeless, or to see things from an eternal perspective. At the same time, we do not have the capacity to see everything from beginning to end, much less comprehend it. In other words, it's a quest that never ends!

We know our lives are finite. We know there will come a day when our creations, dreams, hopes, and plans will be replaced by another generation. Yet God freely offers a free transit pass to eternity—or, to put it another way, a free ticket to the New Jerusalem. Maybe this is a big stretch, but perhaps the New Jerusalem is not only a city, but also some kind of creation capable of time travel...an ultimate time machine of sorts since it appears over the earth one day and descends from the clouds. Whatever the case, it will be 1,400 x 1,400 x 1,400 miles across, which means it's also likely either a giant cube or one very big pyramid (see Revelation 21).

Despite all this knowledge of the future, some still do not trust in its validity. Others do not want to part with the lives they've built or see any use for a ticket to eternity. Yet when the end of their individual timeline comes, then what? The quest is still there, unfufilled, and now maybe accompanied by a sense of remorse or perhaps bitterness. There is still time to change that, of course, if the person is willing.

Until then, however, as the inscription on many a clock reads...tempus fugit.
Posted by MGalloway at 9:46 AM 19 comments:

I've been listening to lots of older books lately. The last audiobook I just finished was 20,000 Leagues Under the Sea by Jules Verne, and I'll probably listen to Treasure Island next by Robert Louis Stevenson. On the video front, I've also watched a bunch of old monster/mythology movies over the past few months. The short list has included Jason and the Argonauts, Mysterious Island, It Came From Beneath the Sea, Clash of the Titans (1981 version), and Godzilla vs. Megalon. More Godzilla movies are on their way in from the library, along with The Beast From 20,000 Fathoms.

As you can probably tell, I like some of the old stop-motion model animation movies (Ray Harryhausen films, for example) and even some of the old Godzilla films with their odd characters, quirky plots, and weird overdubs. I miss some of these types of movies, and I haven't seen a whole lot of them being made over the past couple of decades in American cinema (unless you count made-for-tv movies or the Jurassic Park series). Some of these movies were a product of their times, and many of them played of the public's fear of war, weapons, and environmental concerns. Like 'em or hate 'em, they were imaginative.

That said, with all the advances in CGI these days, I wonder if any studios will revisit some of these old movies, like they did with Clash of the Titans in 2010 (a version of the film that I still have not seen). Oddly enough, I just noticed it looks like there will be a sequel to that particular movie, Wrath of the Titans.

Does anybody know of any current or newly released books with large-scale monsters in them? Or if there will be any more movies like this coming out this summer?
Posted by MGalloway at 2:57 PM No comments: 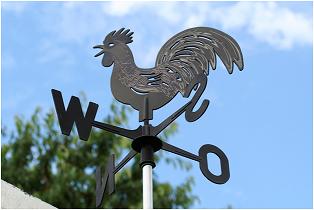 "Who has gone up to heaven and come down? Who has gathered up the wind in the hollow of his hands? Who has wrapped up the waters in his cloak? Who has established all the ends of the earth? What is his name, and the name of his son? Tell me if you know!" - Proverbs 30:4 (NIV - 1984)

One of the major projects I have been working on over several months is a new non-fiction book about weather, climate change and the Bible. As I began to research material for this book, I noticed some peculiar articles appearing in the news. Usually it was related to strange weather events at different climate change summits (like the one in Cancun in late 2010). This past year was also strange in terms of weather extremes, whether it was nasty tornado outbreaks in the Southern U.S. or hurricane-like blizzards in Alaska.

Anyway, I have now finished the rough draft of the book, and barring major changes, it should remain a nine chapter book that covers topics such as future climate change, weather events that God has used to warn people, weather events that have been (and will be) outright acts of judgment, and even a chapter on how God has used the weather to turn the tide of war. In all, I looked at hundreds and hundreds of verses on the weather as well as specific weather-related incidents in the Bible such as Paul's shipwreck. The working title of this book is currently, "Gathering the Wind: What the Bible says about God, the Weather, and Climate Change". The title is drawn from Proverbs 30:4.

As it looks right now, this book should be available sometime in late March. I will likely hold a Goodreads giveaway related to this book and may hold some more giveaways on my previous book, Horizons, in the coming weeks. Stay tuned...
Posted by MGalloway at 1:08 PM No comments: